On the night of the 20th of March, the city of Málaga and its emblematic Cinema Festival will witness the premiere of the documentary “Sara Baras. Todas las Voces”. 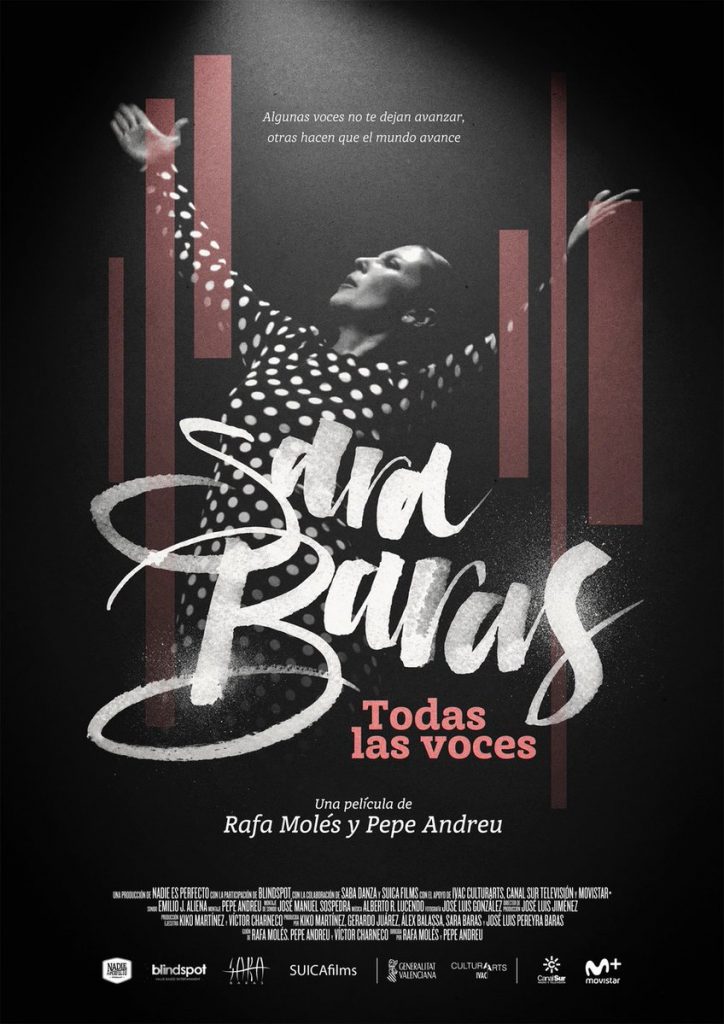 With this documentary directed by Pepe Andreu y Rafa Molés from Valencia, we will be able to see the creative process behind the “Voces” show, up until the premiere in Paris on Christmas 2015. Thanks to this audiovisual approach we are able to understand more profoundly the artistic personality of the dancer and choreographer from Cádiz, more accurately during the “Voces” world tour.

The team travelled with Sara Baras and her ballet to New York, Tokyo, México and Paris, as well as Cádiz, Valencia, San Sebastián and Puerto de Santamaría. As the creators describe it, “Sara Baras. Todas las voces” is a “unique approach to her most recent creation”

The “Festival de Cine en español de Málaga” will be a privileged witness of the premiere of a documental work that will not go unnoticed, not to professionals of spanish cinema nor to the audience, and of course not to flamenco lovers. Inside Sara Baras. Todas las voces” is the essence of the tribute to all the great “maestros” of flamenco.