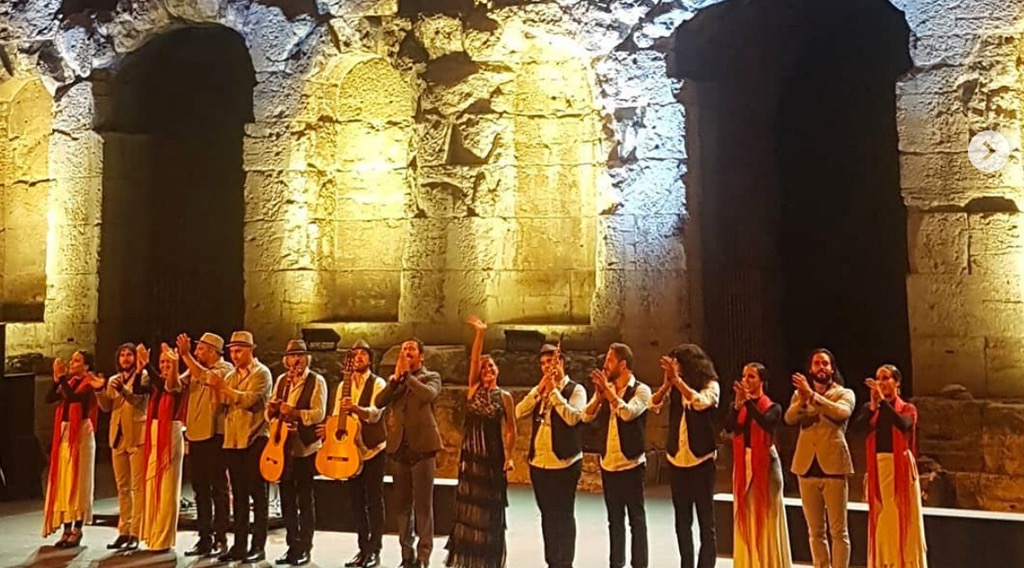 Up to the foot of the Acropolis of Athens, in a scenic space loaded with centuries of history, legend and art, he took the company of Sara Baras to the Sombras tour. The impressive Odeon Theater of Herodes Atticus, built in the year 161, is one of the most important of the ancient Greek theater. A unique environment for a magical evening of flamenco.

The excitement in the city of Athens for the arrival of the company of Sara Baras with her latest show took place on the night of September 14th with a full capacity and an enthusiastic audience. The Greek public is especially sensitive to the arts. So I could not miss this new proposal that presented them who is considered one of the best flamenco dancers in the world. 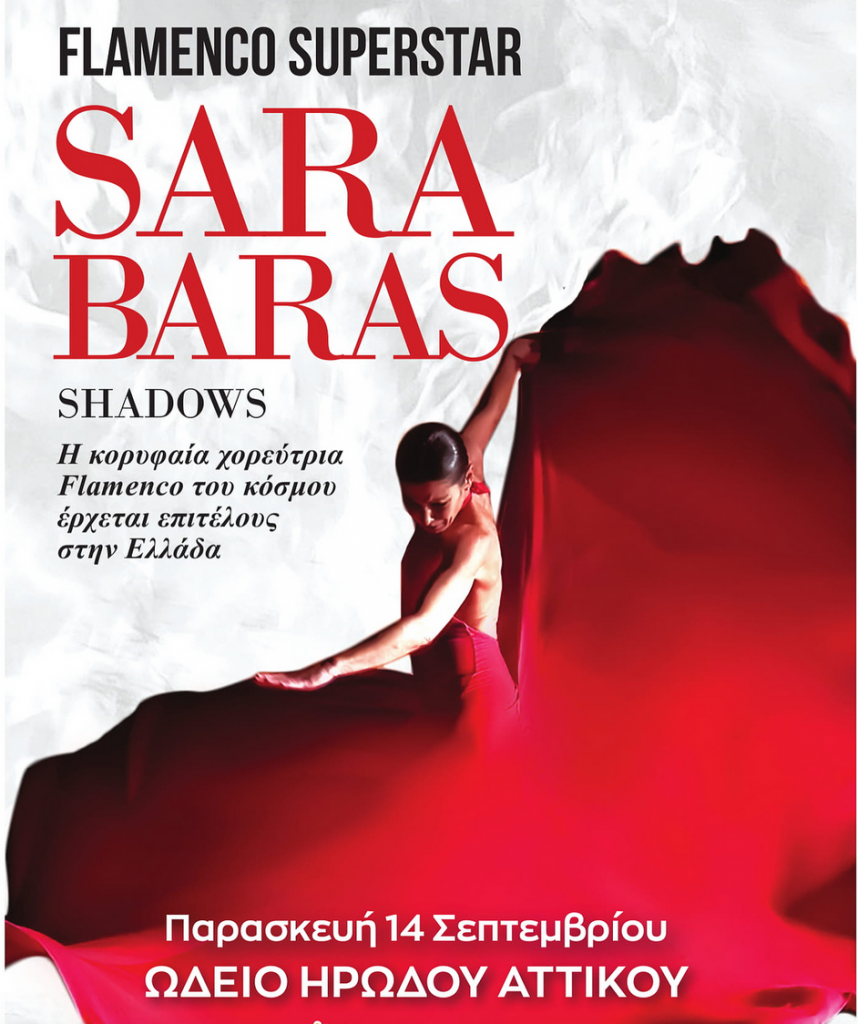 Before the representation of Sombras, in the Odeon of Herodes Atticus the members of the company expressed their satisfaction for being in Athens and, as always, showed their involvement in the charity case against Rett syndrome. Sara Baras is the ambassador of the My Princess Rett association and wherever she takes her shows she spreads the need to invest in research, raise funds and show solidarity with the families that suffer from this disease. 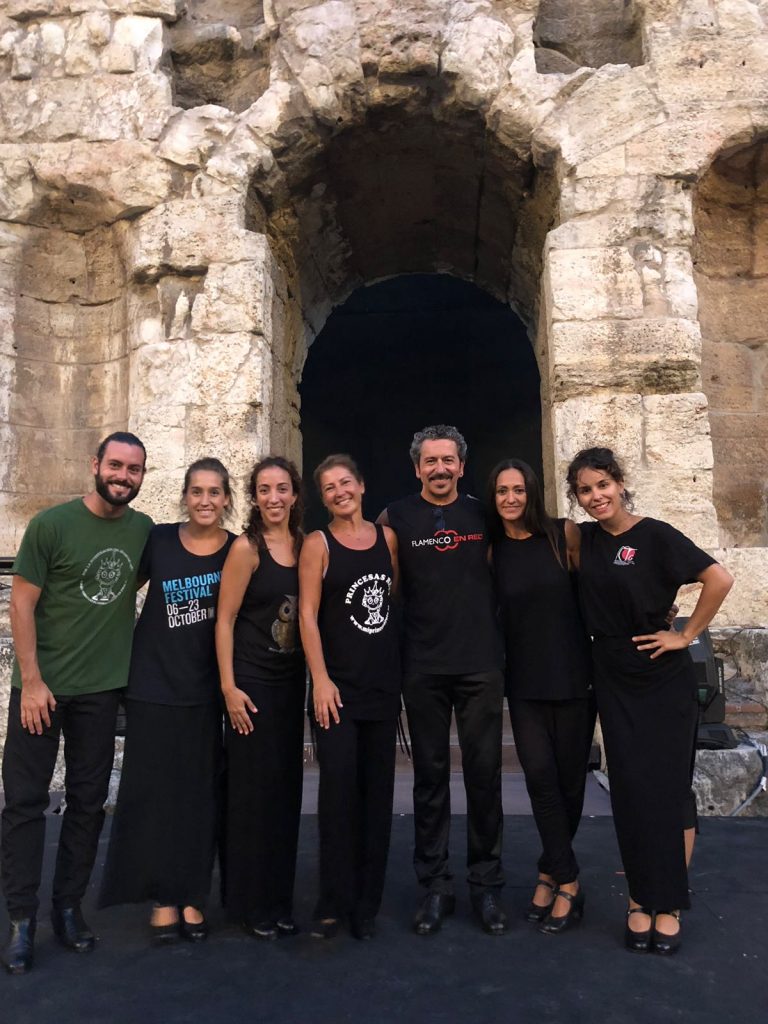 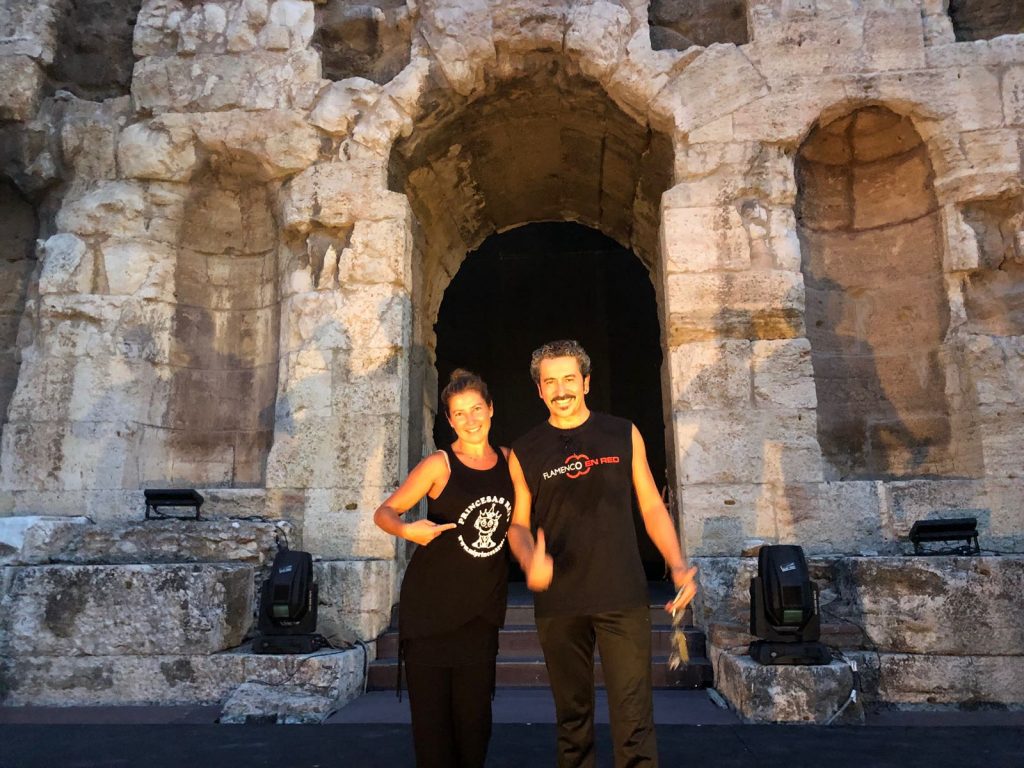 With the night came also the moment when the large audience felt the strength of the almost two hours of Sombras, the show with which Sara Baras celebrates the 20th anniversary of her company. Two decades of success, two decades of Flamenco on the best stages of the world.

This was how it was lived under the starry vault of the Athenian sky, this representation of Sombras. That “journey through time, of colors, of silence and bustle, of the crowd and loneliness, of the light and the shadows that persecute us or that accompany us, but that never cease to amaze us because of what they are detached from them. 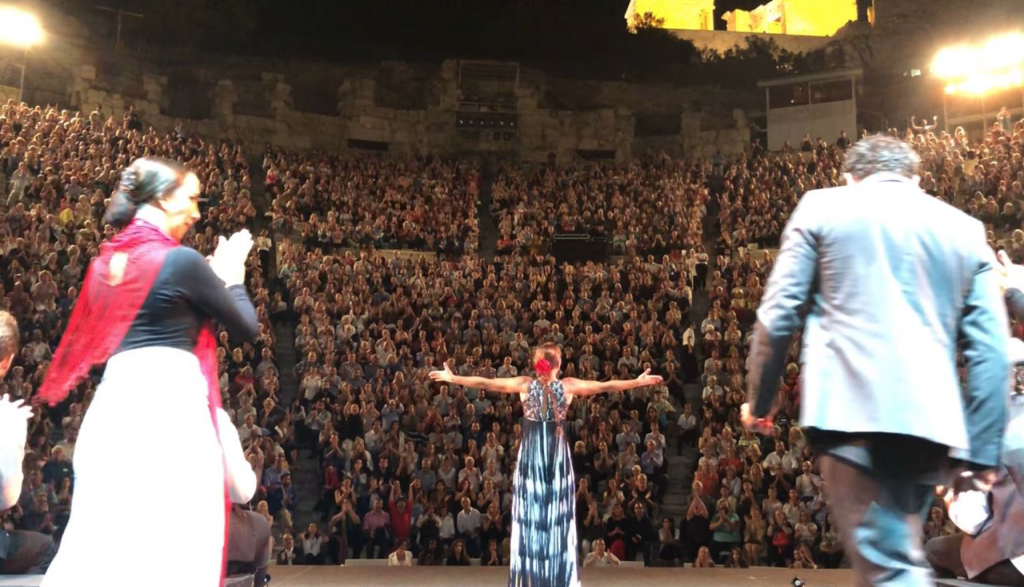