Thus was the premiere in Madrid

The night of the 23rd of February at the Teatro Nuevo Apolo has earned a privileged place in Sara Baras and her ballet’s hearts, who presented “Voces” to the public of Madrid. 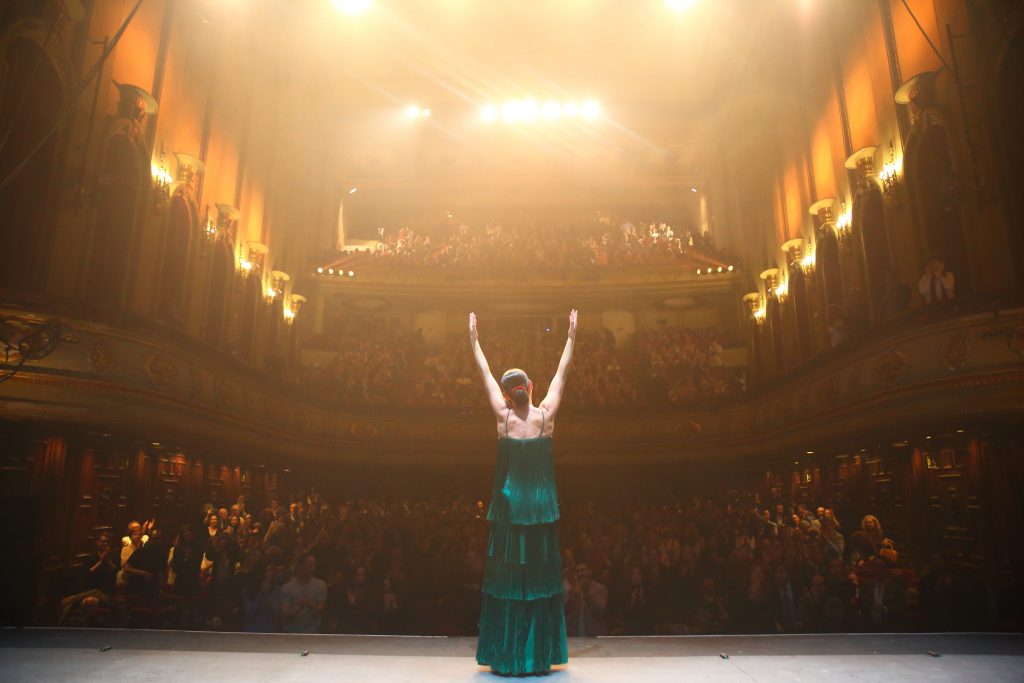 A full theatre and its standing audience created emotion with their heartfelt gestures and applause. This audience that attended the premiere in Madrid proved, once again, the loyalty and recognition of the dancer and choreographer’s artistry.

Hundreds of glances of afection and emotion were present at the start of the “Voces” season in Madrid, a show in which Sara Baras pays her respects to the great “maestros” of flamenco.

The protagonist, moved, thanked everyone that attended the Teatro Nuevo Apolo and the public of Madrid, city in which the tickets are already sold out for the whole first week of the season.

Many media, friends and colleagues walked alongside the artist in such an important show in her life and career.

Although “Voces” has been performed in many important cities, as Sara Baras herself has stated, a premiere in Madrid is special because “Madrid is Madrid”.

Moments like the ones experienced at this premiere in Madrid are a motivation as well as a responsibility. For that reason Sara Baras will continue to give her all every afternoon and every evening on that stage during the next weeks, accompanied by José Serrano, her wonderful ballet and their great musicians.

Sharing these emotions with the public of Madrid and whoever travels to this city that she loves so much. Sharing the essence of her dance and the one of her “maestros” of flamenco. Sharing with her closest audience the success of “Voces”.