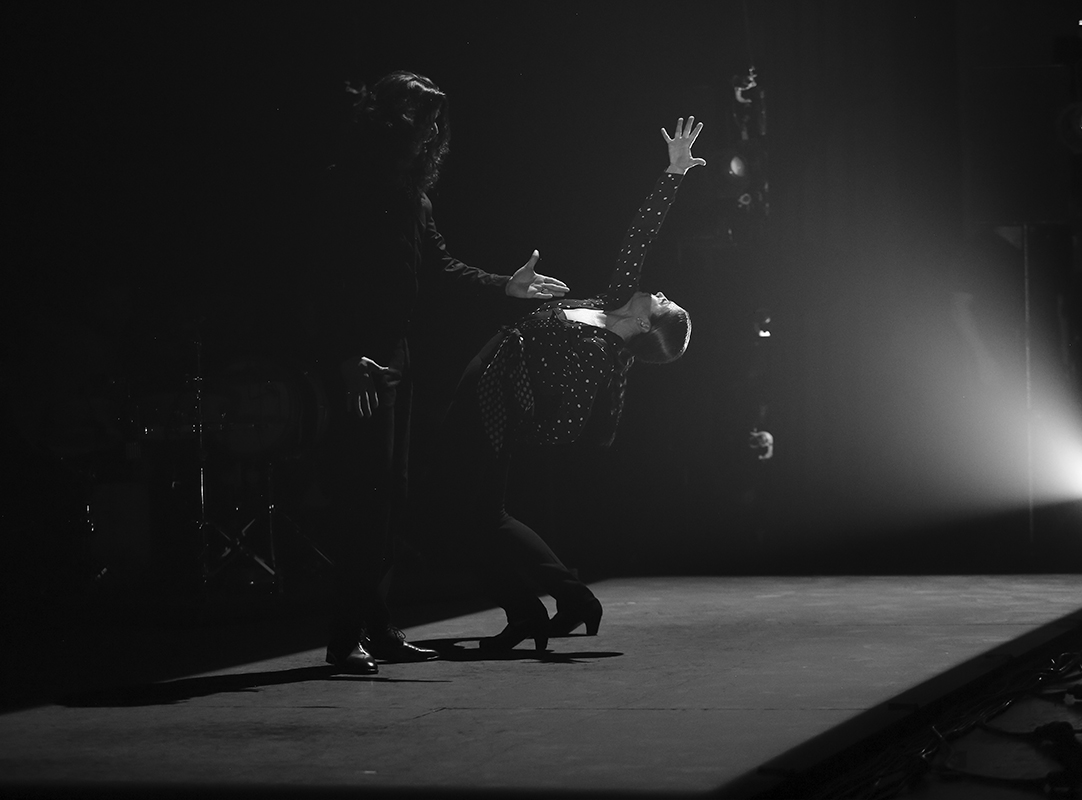 Once more, Sara was splendid and delivered to her audience in Valencia, next to which she was thrilled and gave thanked for her many expressions of affection. On Friday, April 5th the applause was deafening and prolonged, on Saturday, April 6th, the ovation was heard in all parts of the Valencian Coliseum.

The Main Hall of the Palau de les Arts was filled on both days she performed. Sombras creates, once again, the success and recognition of the public, which was thrilled by the show, which pays homage to her own company, the Ballet Flamenco Sara Baras.

After New York, Miami or Geneva, Sombras landed in Valencia, where Sara and her company lived two exciting shows. ‘We left our hearts in Valencia, but also these two magical nights are stuck in our souls. Thousands of Thanks!!,’ is what Sara expressed on her social media, after an ovation that kept her, along with her team, for several minutes on stage.

Sombras is already on the way to Barcelona, where she will perform from April 25th to May 19th in the Tívoli Theatre. Very exciting!